Are food recipes protected by copyright? 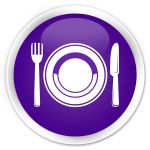 hen a chef develops a menu for a new restaurant, can the chef or the restaurant protect the recipes under copyright laws?

In a word, no. As a federal judge in Ohio recently explained, copyright protects the particular layout of a recipe in a published recipe book, or the photos that accompany the recipe. But copyright does not protect the idea or instructions that the recipe embodies.

In the case, two Cleveland restaurateurs opened a pair of restaurants serving casual fare like sandwiches, pizza, wings and salads. After three years, the founders split. The departing founder soon opened his own restaurant serving similar menu items. The remaining founder sued the departing founder, bringing claims of copyright infringement, breach of contract and misappropriation of trade secrets, among other things.

When addressing the copyright claim, the court quoted an unpublished Sixth Circuit opinion which stated:

The identification of ingredients necessary for the preparation of food is a statement of fact…. Thus, recipes are functional distinctions for achieving a result and are excluded from copyright protection.

The federal court declined to address the trade secret or breach of contract claims, which were more appropriate for state court.  Because of that, the federal court dismissed the remaining claims.

The court could have — but did not — mention the Copyright Office’s fact sheet on this issue, which states:

Copyright law does not protect recipes that are mere listings of ingredients. Nor does it protect other mere listings of ingredients such as those found in formulas, compounds, or prescriptions. Copyright protection may, however, extend to substantial literary expression—a description, explanation, or illustration, for example—that accompanies a recipe or formula or to a combination of recipes, as in a cookbook.

The case illustrates that restaurateurs who seek to protect recipes should consider avenues other than copyright law. Other types of intellectual property — such as trade secrets, agreements of nondisclosure and non-use, or even patents — can provide various levels of protection. While it may be difficult to protect recipes for what the court called “basic fare” like sandwiches and salads, less obvious creations such as sauces and condiments may find some coverage in these other intellectual property areas.

This entry was posted in Copyrights and tagged copyright, recipe. Bookmark the permalink.

One response to “Are food recipes protected by copyright?”