Supreme Court: Copyrighted works may be imported into and sold the United States if lawfully made abroad

A math student with an eye for a bargain has shaken up the U.S. publishing 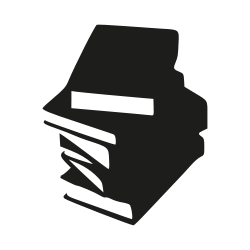 industry after the U.S. Supreme Court ruled in favor of his textbook importation scheme.

Supap Kirtsaeng moved from Thailand to the United States to study mathematics at Cornell University. Frustrated over the high cost of textbooks at the school, he asked friends and family to purchase books in Thailand — where they were available at a much lower retail price — and ship them to him in the U.S.   Recognizing the business opportunity, Kirtsaeng began reselling the imported books on eBay.  Over time, Kirtsaeng generated about $600,000 in revenue from his textbook resale business.

Publisher John Wiley & Sons, Inc. was not a fan of Kirtsaeng’s business.  Wiley sued, arguing that Kirtsaeng’s importation business infringed Wiley’s exclusive right to distribute copies of the books under Section 106(3) of the Copyright Act, as well as Section 602’s prohibition against importation of copies.   A lower court agreed with Wiley and awarded Kirtsaeng $600,000 in damages.

However, the Supreme Court reversed the lower court’s decision.  In Kirtsaeng v. John Wiley & Sons, Inc., the Court applied the “first sale” doctrine of Section 109 of the Act, which states:

the owner of a particular copy … lawfully made under this title, or any person authorized by such owner, is entitled, without the authority of the copyright owner, to sell or otherwise dispose of the possession of the copy

The Court stated that the first sale doctrine trumped both Section 109 and Section 602, so long as the imported copy was lawfully made abroad.

The decision will likely have U.S. publishers reassess their foreign pricing and distribution strategies.  Publishers also may line up behind the ongoing actions of the  U.S. Trade Representative to negotiate a new trade agreement that may effectively ban the practice of parallel importation between participating countries despite the Court’s decision.

Some commenters have also noted that the case involved physical textbooks, and the Court’s opinion did not say whether it does (or does not) apply to digital content such as MP3s and e-books. Indeed, the question of whether digital content is subject to the first sale doctrine at all is the topic of a pending lawsuit against ReDigi, Inc., in which a music publisher also argues that the “sale” of MP3s does not transfer ownership of any copies, but rather grants an end-user license that can only be transferred with the publisher’s permission. [UPDATE:  On April 1, 2013, a District Court ruled that when ReDigi transfers an MP3 from one computer to another, it makes an unauthorized copy of a phonorecord, even through the original phonorecord no longer exists after the transfer.]

So, while the Court’s decision certainly expands the ability to import copyrighted goods lawfully made abroad, the full scope of the decision’s impact will not be easy to assess without additional court or government action.

This entry was posted in Copyrights. Bookmark the permalink.